Why So Many People Are Moving to Texas 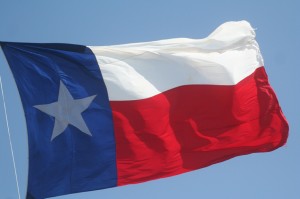 We’ve all heard of the Texans’ love for their state. You might have noticed that Texas is one of the few states that has such pride for their state, they fly their state flags at the same height as the United States flag! Texans would be the first to throw out their list of why you should move to their great state, but here are some (less biased) advantages to relocating to Texas over other states in the union.

1. Take your pick. In Texas you have pretty much any terrain you’d like. If you want to live by the ocean, you have the shores on the Gulf of Mexico in the Galveston area. If mountains and the woods are somewhere you would want to be, then the Austin area will suit you. Texas also is home to 6 of the United States largest cities in terms of population, so city-dwellers can find a home with all the city amenities they’re accustomed to. 2. Taxes...Or rather the lack of them. As a Texas resident, you won’t have to pay any personal state income tax. Texas is one of the only 7 states to have no personal state income tax. Texas also offers a relatively low sales tax and one weekend a month during back to school time offers tax free weekends, where no sales tax is charged for school-related purchases. 3. Sunshine and warm weather. Granted, we’re not talking Florida sunshine, but when it’s 70 degrees in the winter months those summer days seem like a distant memory. Texans don’t have to worry about any lack of vitamin D!