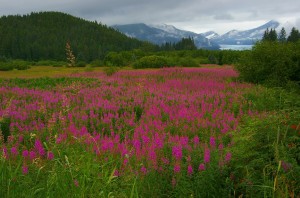 It takes a certain type of person to relocate to Alaska, for sure. The long dark winter and survival tactics used to live in Alaska is not something everyone desires in his or her new city. But for those who are relocating to Alaska, here are some interesting facts about the state (from the State of Alaska’s website) you might have not known:

1. There are over 70 active volcanoes in Alaska. While that may not be the most comforting thing to hear, you would probably never know it. The last eruption was back in the early 1900’s. 2. Alaska is home to the third longest river in the United States. Now you know how Alaska produces so many wild caught salmon! Alaska is also home to over 3 million lakes, for those who prefer fish other than salmon. 3. Alaska is home to 100,000+ glaciers. No other state can boast this badge of honor. It is estimated that 5 percent of the state is covered by glaciers. These glaciers are some of the most breathtaking views you might ever have, so enjoy them while you live in Alaska. 4. Alaska is spread all over the world. Alaska is by far the largest state in the union (sorry Texas!) by landmass. Also, Alaska technically boasts the most northern, eastern, and western points in the United States. 5. Alaska has 17 of the 20 largest peaks in the United States. If you are an avid hiker or mountain climber, this is your dream place to live.